COTW: The Gap Gets Bigger

According to Bernie Sanders, our friendly token socialist in Congress, the Senate's secret Obamacare repeal will transfer $200 billion more to the richest Americans. The sad fact is the Democrats are not offering a viable alternative to Trump's faux-populist fascism. The Democrats lost another House election in Georgia yesterday after spending a record amount to purchase a seat. A party official summed the loss up with a quip: "our brand is worse than Trump". So this chart will not improve under Trump's reign: 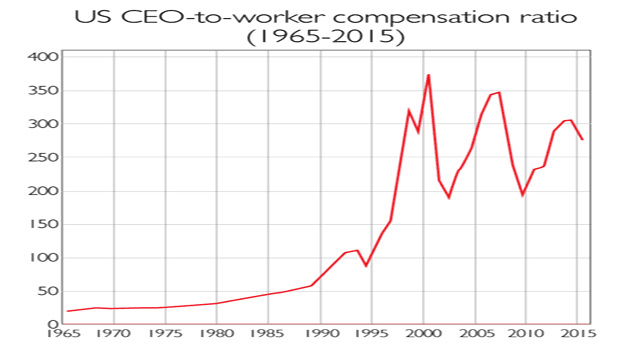 The key to passage of this "worst than expected" bill is the budget reconciliation process in the Senate. Repuglians need it to pass the repeal by a simple majority vote which they hold, otherwise Democrats could filibuster it and require a three-fifths majority for passage. Reconciliation depends upon a passing score made by the supposedly non-aligned Congressional Budget Office. That process is expected to be completed next week.
Posted by US PERSON at 10:38 AM