Obamatron is well into the political quagmire that is his second term. Recent occupants have found the second term problematical at best. A characteristic of divided government, it is a period when broken promises and fizzled expectations diminish his persuasive powers . It will not be long until the rigor mortis known as "lame duck" sets in for good. 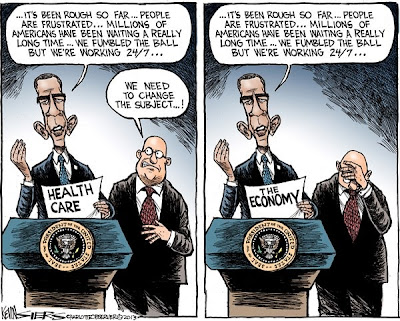 Of course if Obamatron had a Batkid phone, the League of Retired Superheros allowed him to use it, and assuming the Batkid would be well-compensated for his efforts, Obamatron's situation may be beyond political redemption even for Batkid. (See Unreasonable search and seizure, contitutionality of) But nobody thought Creighton would bomb #4Villanova by 28 points, either! So Roseanne Rosannadana it just goes to show, you never know who is ready for the big time: 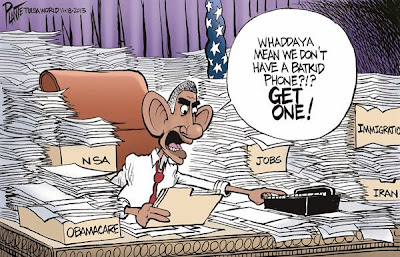 [credit Bruce Plante, Tulsa World]
Wackydoodle sez: The lid is up! Boxout, B3.
Posted by US PERSON at 12:00 AM