Is It the End for a Giant of the Forest?

Conservationists are increasingly concerned for the fate of a giant Peruvian rain forest tree, the shihuahuaco. (Dipteryx sp.)  A slow growing tree that can reach 60m high and a diameter of 1m over the course of its 700 year life span.  Logging pressure on this tree puts in the same class of mahogany and ceder as  threatened by human exploitation; the wood is valued for appearance and durability.  However, mahogany and cedar have both received legal protection under CITES which Peru joined in 1975 and is still a member of the international convention.  So far, the shihuahuaco remains unprotected.  Peru's rules covering at risk flora say classification should be updated every four years.  The last update was in 2006. 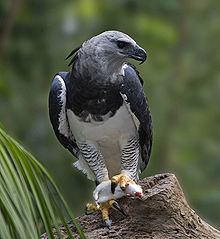 This tree is part of the framework of the forest.  Its crown and girth provide shade and shelter.  When one falls, a significant gap in the canopy is created.  Birds and bats, including the giant and increasingly rare harpy eagle nest in it. [photo]  Agotis live among its buttress roots. Human residents of the forests collect seeds for consumption.  When toasted, they taste like a combination of cashews and peanuts.  The bark is used for purple die and medicinal purposes.  These traditional uses may be the tree's salvation from extinction.  Scientific efforts to save the shihuahuaco have failed so far.

In 2015, the National Forestry and Wild Fauna Service, known as SEFOR formed a working group of specialists to recommend how to save threatened trees.  Its published final study included the shihuahuaco among the 61 species considered to be in critical danger. It was forwarded to environment minister Fabiola Muñoz.  The report silently disappeared into the bureaucracy. A investigator familiar with the study and the workings of Peruvian government has a typical opinion of what happened to the scientific recommendation for protection.  He told an interviewer that the lumber industry succeeded in quashing SEFOR's study.  Their opinion simply carries more weight with government officials.  According to the agency that supervises wildlife and forest resources, OSIFOR, the most logged tree species are the Peruvian pine (9% of the total), lupuna (8.8 %), cumula (8.6%) and, in fourth place, shihuahuaco (5.5%). Most of the lumber is destined for Mexico and the US where it is turned into furniture and parquet flooring.

Smallholders could play a significant role in the conservation of the shihuahuaco.  There seed gathering is demand and provides motivation to protect and cultivate the species.  Currently, Peruvian conservation policies leave out small holders who cannot own natural forests, but nonetheless utilize is resources.  As a recent visitor to the forest in the Ucayali Region observed, "After visiting eleven villages and interviewing over a hundred seed collectors, I can say that not only do these breath-taking trees still exist in Ucayali; but that they are closely related to and cared for by the people that surround them."